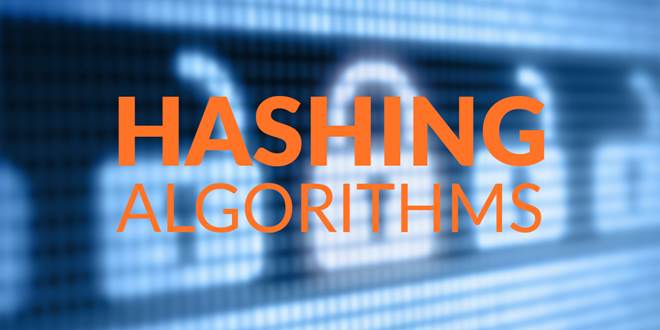 Hashing algorithms are used to calculate the fixed-size bit string value from the file that contains a block of data. Hashing can transform all these data in the files into a far shorter fixed-length value or into a key that represents the original string. The value of the hash is considered as the distilled summary of everything which lies within the file.

Also, good hashing algorithms will be able to exhibit a property called the avalanche effect. In this effect, the result of the hash output will change significantly or entirely even. This process will take place when a single bit or byte of data within a file undergoes any changes, but if the hash doesn’t perform any of these results then it is considered to be poor and also it can be easily broken by the hackers.

Hash is a unidirectional process and also it consists of a hexadecimal string of seven characters. These hashing algorithms are defined by two characteristics; which are irreversibility and uniqueness. Irreversibility is defined as when we use hash for some data we can’t move backward to get back the original data and also you can easily de-hash the data.

There are different types of hashing are there, but the most common and frequently used hashing are;

This MD5 hashing algorithm functions a string of information and it is mostly used to verify the data integrity. Even though MD5 is known to suffer from extension collision vulnerabilities, still it is considered to be one of the most widely used hashing algorithms in the world.

It is developed by the National Security Agency (NSA) and it is used to do some significant changes from the predecessor SHA-1. It consists of six hash functions which are 224, 256, 384, or 512 bits.

CRC32 is defined as the cyclic redundancy check, which is mostly used to detect if any accidental changes happen within the data. So, it is considered to be the error-detecting code and sometimes it is used to check the file integrity checks. But this CRC31 is rarely used for the Zip files and FTP servers.

How does it work?

A hash function is considered to be the heart of the hashing algorithm, but if you want the value of the hash in the pre-set length then the initial step is to divide the input data into fixed-sized blocks called “data blocks” so that the hash functions also takes the data in the fixed length.  These data block’s sizes will differ in size when compared to the one algorithm with the other but for some algorithms, the value remains the same.

Here are some examples to show how the hashing algorithm will work. If you are sending an important file to another user and you want to make sure that the file has been received in one piece, then you can use the hashing functions. The example is defined as step by step guide.

Step 2: User 2 received the file but want to check whether the files come in one piece and also want to verify if the files sent by user 1 and the received files are the same

If user 2 compares both the hashes, it will be the same and that means the files received are the same. Also, it is not possible to have the same hash value for some other files, and the hashing values won’t be different for the same file.

We use cookies to ensure that we give you the best experience on our website. If you continue to use this site we will assume that you are happy with it.Ok